Is a Hybrid Utility Truck the Best Choice for your PA business?

Small cars with futuristic sounding engines-That’s what most people envision when they hear the word hybrid. 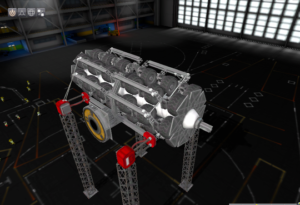 In reality, hybrid applies to a vastly greater population of vehicles. In fact, today, even large, diesel burning bucket trucks are offered in hybrid form.

A partnership between two units of power, an electric motor and an internal combustion engine, the trucks use a mix of battery power and biodiesel.

While still in the new technology category, the concept of hybrid bucket trucks is not new. Talk of the truck variation first hit news markets as early as 2008. Unfortunately, much like the entrance of many new products, high costs and lack of long-term research, left the number of hybrid bucket trucks purchased and used in industry minimal.

In 2017, it appears hybrid bucket trucks are getting a second chance to win the market. But should they? And even if they’re the right choice for others, are they the best choice for you?

For business owners, these trucks are a costly investment. Each individual business should allot ample time to determining whether these hybrid bucket trucks are currently worth it for their entity.

Hybrid bucket trucks are still significantly more expensive for business’ on the front end, often requiring an $50,000-$100,000 more initially than their traditional counterparts.

Despite this immediate cost increase, some hybrid purchases have found their cost to be outweighed within a few years. It’s estimated the hybrid bucket truck requires 30 to 60 percent less fuel than the diesel only trucks.

With higher gas pricing than the national average, Pennsylvania business owners feel the financial impact of fuel. This decreased fuel use can make a huge difference. Additionally, although scenic, the hilly topography of our state naturally leads to an even higher gas consumption than other U.S. locations.

IMMEDIATE SAFETY AND ENVIRONMENT PERKS VERSUS LACK OF LONG-TERM RESEARCH

Everyone’s all about the “green” these days, even many world governments. Electric motors don’t emit the dangerous gases others do, and this decrease of literal tons of harmful toxins each year can be positive for both the environment and the immediate health of a business’ employees.

In addition to safer air, the electric motor in hybrid utility trucks allows for work to be completed more quietly. Hence, happier customers and neighbors. This also creates safer working conditions for employees, especially when completing aerial tasks. Lighting on the hybrid trucks is also improved and provides a safer environment for individuals working in the dark.

While traditional bucket trucks may make a bit more noise, owners know what to expect. The long term research on the pros and cons of these vehicles is extensive, and how they operate is well understood. There are no big surprises.

Although there are fewer parts on a hybrid, something going wrong with the electric motor once it’s out of warranty could cost you big time.

What might be the right choice for one company right now, may not be your best move. Proceed with caution, but don’t be afraid to take a calculated risk either.