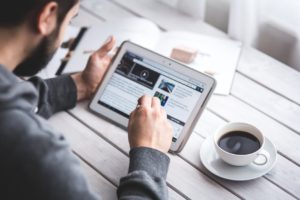 For most of us, bucket trucks are everywhere. Of course, that’s probably because the majority of us work with them every day. Still, society as we know it wouldn’t function without them. They’re essential for our electricity linemen, our first responders, some of our produce, construction, theatrical productions and much more. But aside from those of us who work with these unique vehicles daily, they often go unnoticed. They very much function behind the scenes. And they rarely make the news.

That said, the bucket truck industry has gained its 15 minutes in the spotlight now and then…. and for some fairly interesting reasons. We’re not sure which one is our favorite, but why don’t you just go ahead and decide for yourself?

The Cop Who Dressed Up As A Lineman To Catch Speeders

This wasn’t exactly what we were referring to when we mentioned first responders and bucket trucks. Nonetheless, you’ve got to admit, this creative form or radar detection is fairly clever. 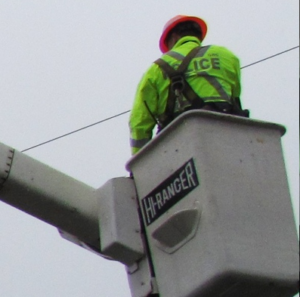 It’s not just civilians that count on bucket trucks for electricity and other major needs. The U.S. Army does, too. And since WE count on the U.S. military, it’s sure important they have what they need.

Saving A Man Hanging From A 60 Foot Tower

Nothing causes your life to flash before your eyes like hanging upside-down from a 60-foot drop. This man and his wife were quite grateful for this fire engine’s aerial function.

Remember high-school physics or maybe a company team-building event where you were tasked to build a contraption to protect your egg then dropped it from a high place hoping it wouldn’t break? These kids did just that, but they got to drop their eggs from the top of a bucket truck.

One of the best ways for children to learn is to give them hands-on experiences. Cities and companies around the nation have begun “Trucks for Tykes”-type projects and events that expose kids to all sorts of vehicles that help our society run. 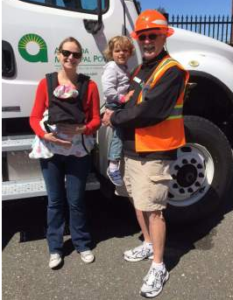 Who doesn’t love baby owls? These tree service employees had the opportunity to serve as local community heroes, as they saved a group of great horned owls after their habitat was damaged. 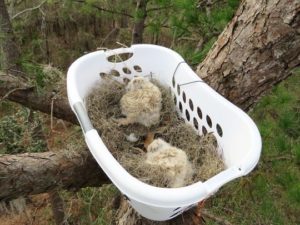 Bucket trucks have so many uses, and sometimes, they’re handy even for tasks they weren’t originally purchased for. Never underestimate the value of a bucket truck.

bucket trucks, in the news, spotlight